The World through my eyes. Book 1. Part 2: Promise as I see it

If a person takes time in making promises, don’t see him as a coward. He is most probably thinking whether he could fulfill it. Isn’t it wise to think over for a while before committing? And you could blindly trust the promise of such a person.
When I promise something to somebody, I never break it. Promises are not meant to be broken, though some promises do automatically expire when their purpose is achieved. God sent me on this earth with nothing to give anybody. But on reaching earth, I realized that there is a huge scarcity of trust here. I decided to be trustworthy. Trustworthy is something one could be without having anything, still it is so valuable. I’m proud that my conscience is clear. I guess, very few people alive might have this privilege.
At times, I hurt the feelings of my friends when I don’t break promises. But they don’t realize that few promises hurt the owner more than anybody else.
The day I break a promise, I will be incapable of looking into the eyes of the man in the mirror, and for that matter, anybody else. Because “mei khudke nazron me gir jaunga”. I’ll lose most of my self-respect, and I will stop thinking that anybody could anymore trust me, though I’ll be the same me.
So friends, if you don’t wish to break the brand “nbhirud”, never ask me to break a promise. Think it this way: Tomorrow if I promise you something, I’ll obey it with similar enthusiasm. I don’t break promises. That’s why I think before I promise. So if you wish to do or know or tell anything, do it before I promise. And I know this principle of mine could be misused. 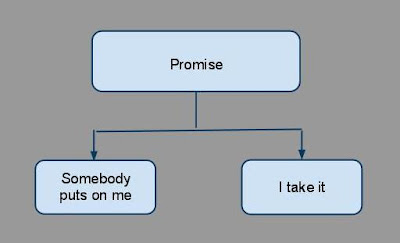 I give it a thought before committing anybody any promise. Promises are broadly of above two types. I never take the first type of promise. For me, promise is a promise if I take it myself in the absence of any kind of compulsion. This seals the deal. The promises you wish me to make are taken after analyzing them. If I find it really irrelevant or unfeasible, I tell you No. Else I say Yes. In this way you are in no way kept in darkness. Wherever necessary, the boundaries are clarified. But I don't change the word once given.
When I ask you to make a promise, I ask it in the name of nbhirud, and nobody else. Why should anybody else be given a negative blessing in case you break it? (Somehow I have heard people say that people in whose name a broken promise was taken get a negative blessing, that’s why the previous line.)
I believe that if something is to be done, you like it or not, do it with all enthusiasm. It makes a great difference. At times, you may feel that it doesn't make you any difference. But the biggest difference it makes is to you, and also to others.
-nbhirud. 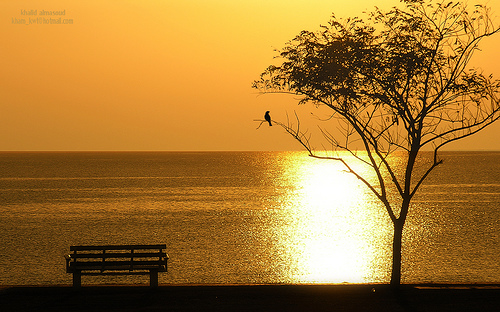 The world as I see it by Nikhil Bhirud is licensed under a Creative Commons Attribution-NonCommercial-NoDerivs 3.0 Unported License.
Based on a work at nbhirud.blogspot.com.